flourish + grit: the story behind the name 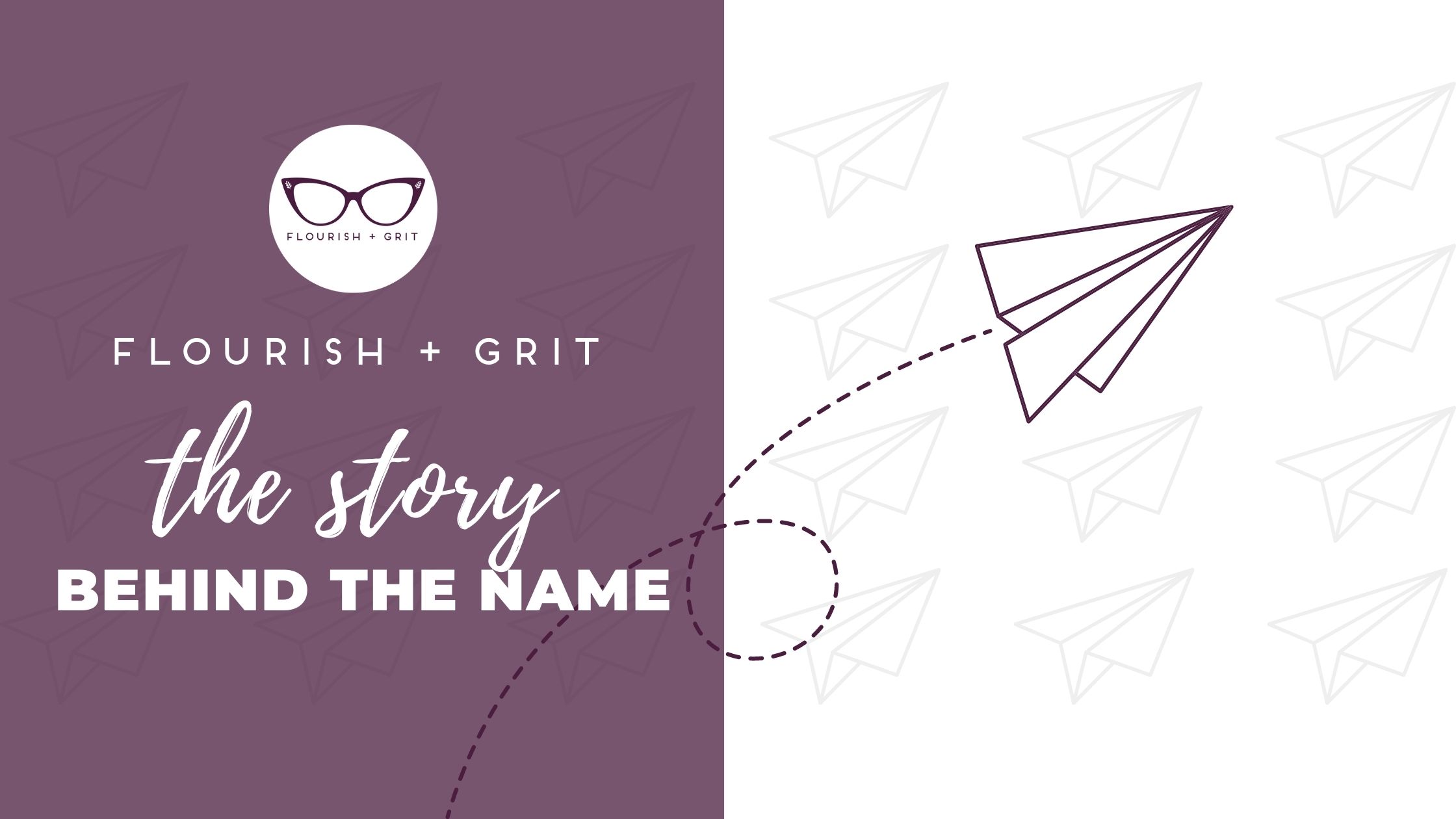 It doesn't take one thing to get by in this world. It takes a village of support & experience.

Flourish & Grit symbolizes the balance of the aspiration and experience it takes to persist through the hardest of circumstances.

Let's break down the meaning of both words and what they hold together.

The word flourish has FOUR meanings:

How complex and dainty of a word to describe the ambition of most businesses: To not only grow, but do so quickly, and in a way that looks and feels good.

Combine that with grit.

The definition of grit:

Grit encapsulates the years of invisible labor it took to get you here.

The studying, the experimenting, the heartbreak.

That work isn't often seen. Only you hold the weight of these memories.

Grit got us here. To this moment. It's those experiences that led us to this path.

Can we go through hard things? Yes. The sum of which make up our worldview. How we work, who we trust, and what we are drawn to (and repelled by).

Did we overcome those things to stay standing right here and now?

Overcoming something means we've left those hard things behind. As we all know, the good and the challenging experiences of our lives never fully leave us.

How about we incorporate instead of overcome?

Our challenges are a part of us. We learn to grow and thrive with them, not against them. To overcome, would be pretending that hardships never happened. And we all know that ignoring something doesn't make it go away.

To flourish in a way that feels and looks good means to recognize the things that lifted us up to this moment and what seemingly set us back.

To move forward, we need to recognize all of the pieces that make us who we are (the bragable and the hard to speak), and allow us to find and trust those who help us grow.

We did so many things on our own, but that doesn't mean we have to keep going that way.

After all, we are human. We need to lean into our own path as well as invite others in to journey alongside us.

That is how we build the future we've been dreaming of: bold, bright, and wide open.

get email marketing tips, tricks and trends delivered straight to your inbox (on the weekly-ish)

To make your experience on this website better, we use cookies.
Learn More
Got It
FREE GUIDE
Revolutionize Your
Email Open Rates